Background to the plan

During latter years, the Ministry of Defence has completed developments, particularly in respect of the Navy, in the field of urban planning and architecture. A good working environment is now considered to be necessary for the proper functioning of the organisation and for the purpose of recruiting new personnel. The urban plan for Willemsoord, dating from December 1997, includes accommodation in the form of a high-rise building, forming one of the accents contained by the plan.

The high-rise building consists of three volumes with external wall surfaces seamed where possible containing a central area for interior traffic including a lift. However, the design is such that day-light surprisingly enters the building from three sides. The entrance and the route to the 157 rooms form in themselves a place to sojourn. This means that the area designated for traffic can, as in this case applies, also be interesting thanks to the form and the material used as well as to natural lightfall coming in from three sides and the light fixture lighting source formed by the lift shaft. The rooms are primarily used for rest, relaxation, study, sleep, changing clothes and dressing. Study activities often require the use of a computer. The space is one in which one can withdraw and feel pleasantly on one’s own.

Given the location, a far horizon and changing lightfall, depending on sunny weather or thunder storms, it is interesting both in the morning as well as in the evening to be close to the exterior walls and to look out of the tall window when seated at the table. High windows make for plenty of light at the rear of the room. Placing windows horizontally means that the inside of the exterior walls forms one single whole with the other walls of the room, making it intimate. The choice was made in favour of using a light construction for the exterior walls which are not load-bearing, bearing in mind high wind speeds which prevail. The load-bearing concrete skeleton is made using the method used for pouring concrete in constructing tunnels. The floor space measures 7.8 metres, taking into account a flexible use of the building in the future. Exterior walls are maintenance free, as required. Liveliness and light reflection of the ever-changing marine climate meant the application of copper plate exterior walls.

As a result, a balance has come about in contrast and in harmony with the existing, primarily grey buildings.

In time, the copper will discolour due to verdigris, and become darker and green as it oxidises. The rounded corners and the folded in exterior walls make for a gradual transition of striking lightfall to shadow. A fragment of the exterior walls can unexpectedly appear as it were through a window in the rooms or in other spaces. You can see the coat worn by the building from the inside, as it were.

Aside from the design of the common areas, the furniture in the rooms was also chosen by us. The storage and tables were designed so that they can moved by one person. Moreover, they can be arranged differently with one another and in each room there is a choice as to where the bed and the cupboards can go.

The Long Room is meant for informal meetings and is also a place where residents can meet up. It is at the top of the building and is a high space which offers magnificent views of the harbour. It has a south facing terrace with a view of the regularly flooded sandbanks. 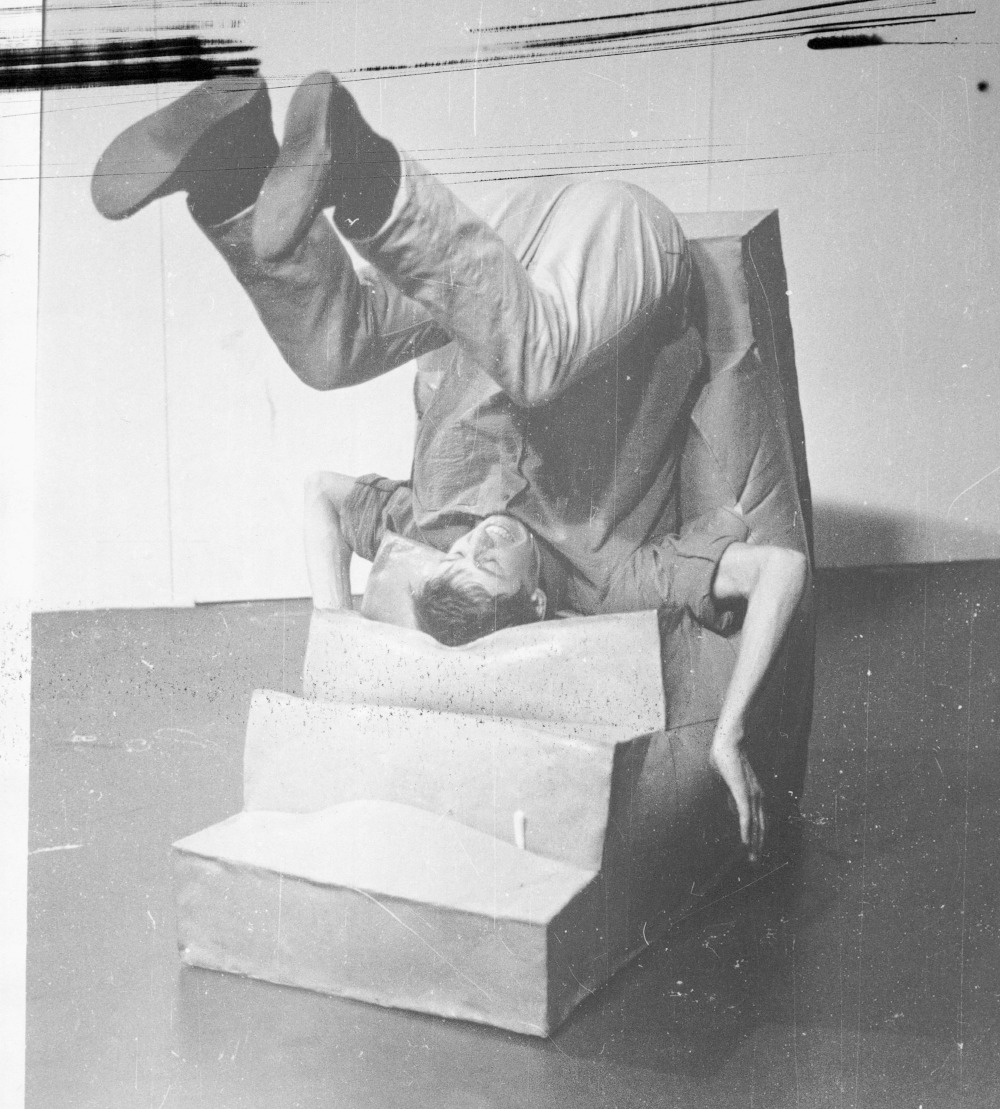 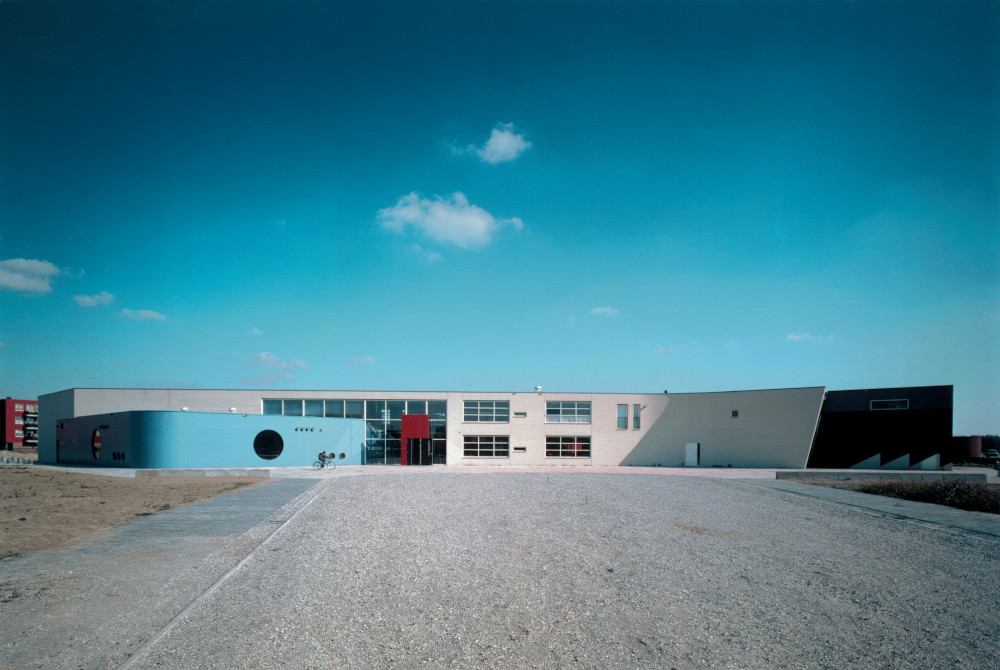 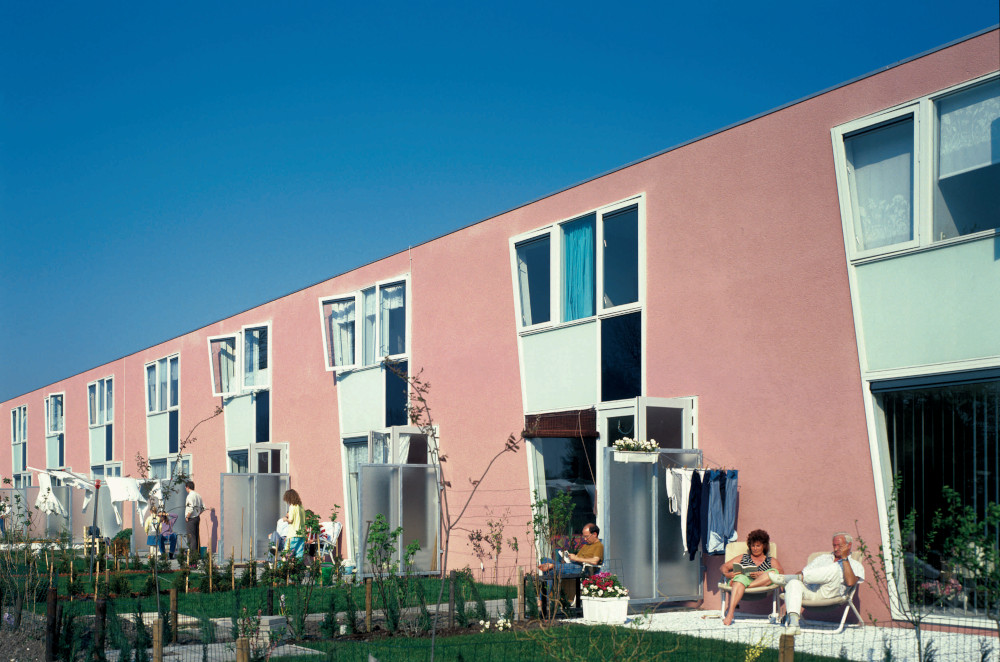 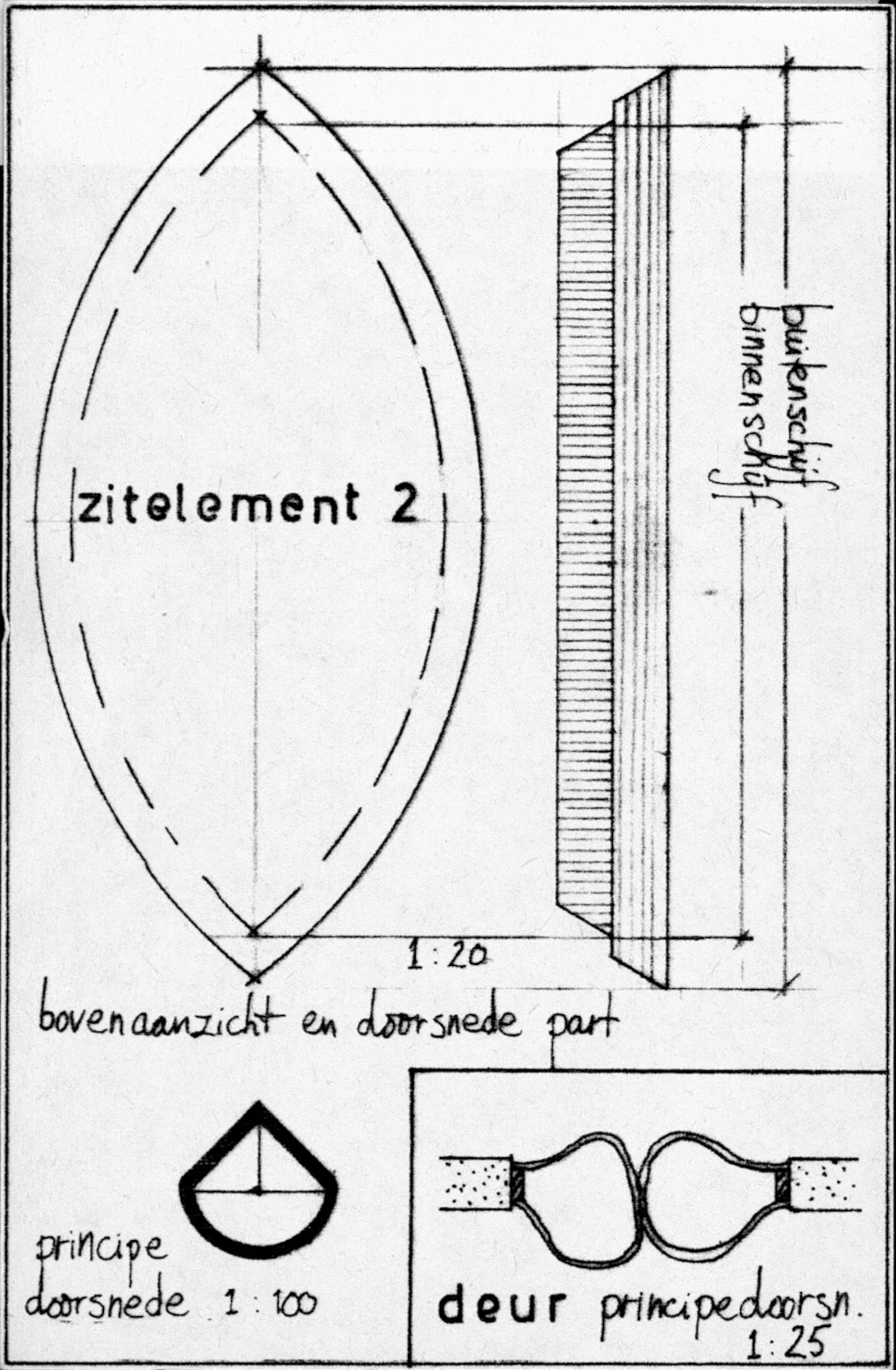 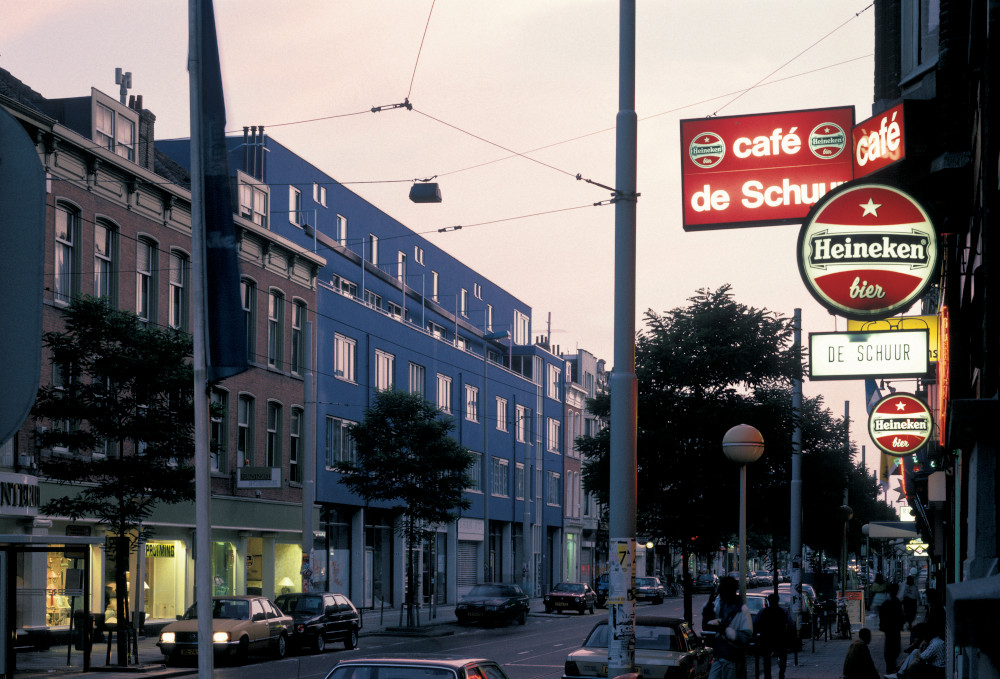 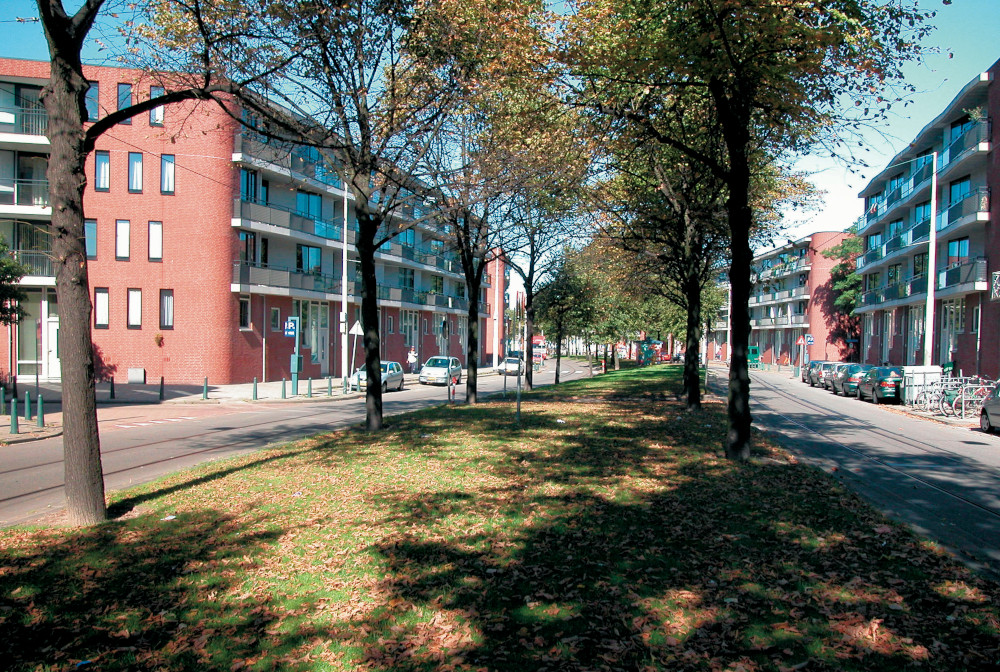